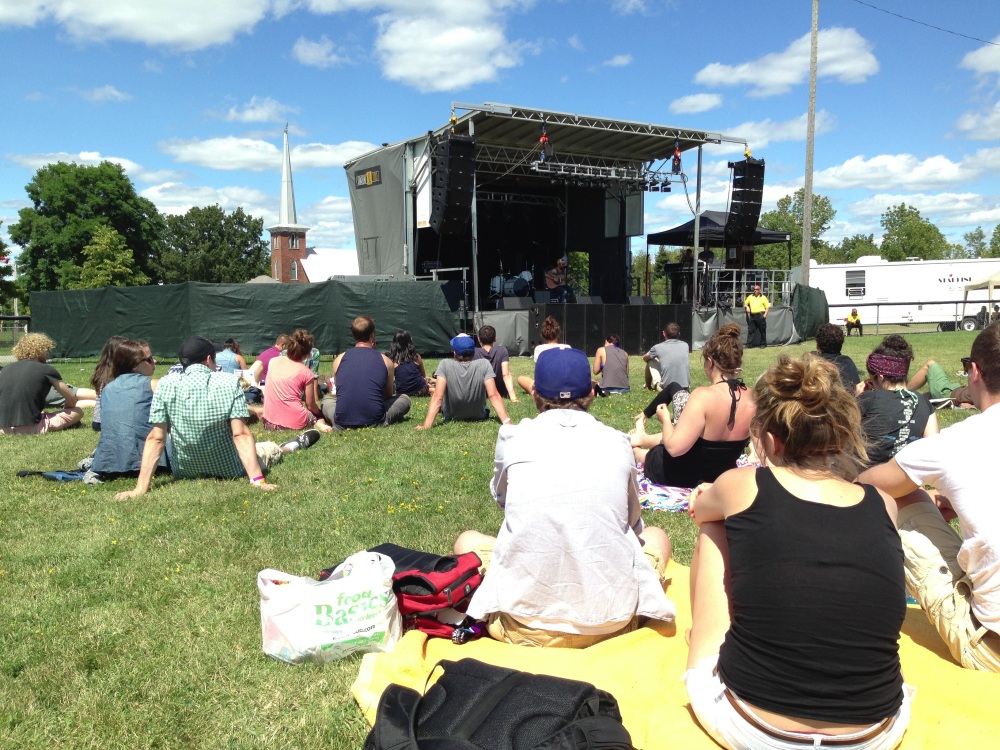 On March 21, 2016, a keening sound rose into the air over Canada as music lovers learned that that summer’s Wolfe Island Music Festival had been cancelled. Fans and artists alike worried that the small but passionately beloved festival was gone for good: No more basking in music from favourite bands under the extra-blue skies of Marysville, Wolfe Island, Ontario? No more discovering new favourites to follow after the fest? No more communing with fellow festivalgoers? We all went into mourning.

Artistic director Virginia Clark promised it was a hiatus, not a permanent goodbye, but it was hard not to wonder: Would WIMF really ever return?

Well, we can all rejoice, because it’s back! And it’s soon. The festival will be held Friday and Saturday, Aug. 11 and 12, in Marysville, Wolfe Island, Ontario.

This is a special fest. It’s held on a baseball diamond in a small village on an island where the St. Lawrence River meets Lake Ontario. You take a 20-minute ferry ride from Kingston, Ontario, and walk or bike (or drive your camper) a couple blocks to the site. You get to camp on the grounds, if you want, so you can live a night of musical magic and then cuddle up under the summer stars; alternatively, you can take the ferry back to Kingston and crash on a friend’s couch (or in a hotel or rental nearby). Everyone is friendly and carefree. And Clark brings in top-notch acts, from well-known artists to artists who will be well-known very soon. As the sun goes down, everyone revels in the music, the beauty, the connection.

Clark makes a point of bringing in Canadian musicians for the festival, and why not? Canada has always has a rich musical landscape. “It’s a large country, but a [small] music community,” she told the Queen’s Journal in a June 2017 article. “We support each other. It’s the only way it should be.”

Even better: Women and female-fronted bands comprise nearly half of this year’s lineup, which includes perennial Vinyl Hysteria favourites Land of Talk, Hannah Georgas, and Forty Seven Teeth. Here’s a peek at the artists:

Tickets and more information are available at www.wolfeislandmusicfestival.com.