The small town of Olympia, Washington, is saturated with music history. Think about all the great bands and labels that got their start in Olympia: Sleater-Kinney, Heavens to Betsy, Bikini Kill, Beat Happening, Excuse 17, K Records, Kill Rock Stars. Riot Grrrl. Kurt Cobain lived in Olympia.

And that’s just the tip of the iceberg.

With such a rich history, it’s no wonder that Olympia is home to a gem of a record store like Rainy Day Records. I could have spent an entire day in there. Not only do they have a solid selection of records, but they’ve got cassettes (many local), CDs, t-shirts (their own, plus K Recs tees), pins, stickers, postcards, and all sorts of other goodies. I visited the store twice and came away with Le Tigre, Gossip, Tacocat, Yoyo a Go Go, Ex Hex, and a bunch of cassettes and fun stuff. That shop is definitely in my top 5 now, and I can’t wait to go back the next time I’m in the Pacific Northwest.

I thought I’d been thorough in my research, but apparently I missed adding Funk Fuzz Records to our Olympia itinerary while planning. I was under the assumption that Rainy Day was the only record store in town. But while shopping downtown, we noticed Funk Fuzz attached to Dumpster Values, a vintage clothing store. It’s a very small space, but it had some great stuff. I grabbed a few things that I’d been looking for, and then as I was making my purchase, I noticed an original 1991 self-released Bikini Kill cassette in the display case. I passed it up at that moment because of the price, but then I got outside and realized that I would likely never come across one of those in person ever again. They’re incredibly rare, and they go for big bucks. The one in the shop was fairly reasonable, considering what it was. Five minutes later, I had talked myself into buying it and went back in to purchase a piece of music history. 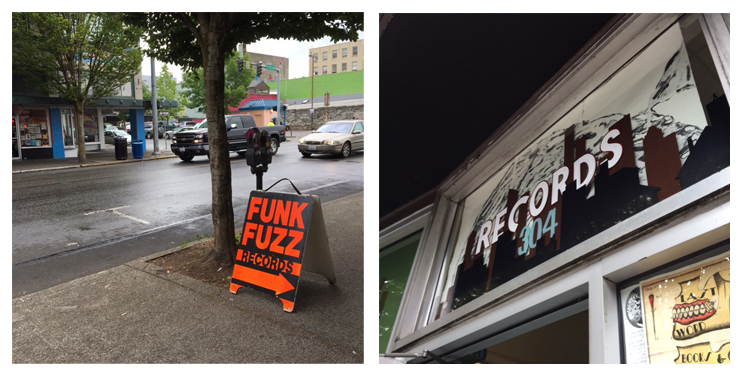 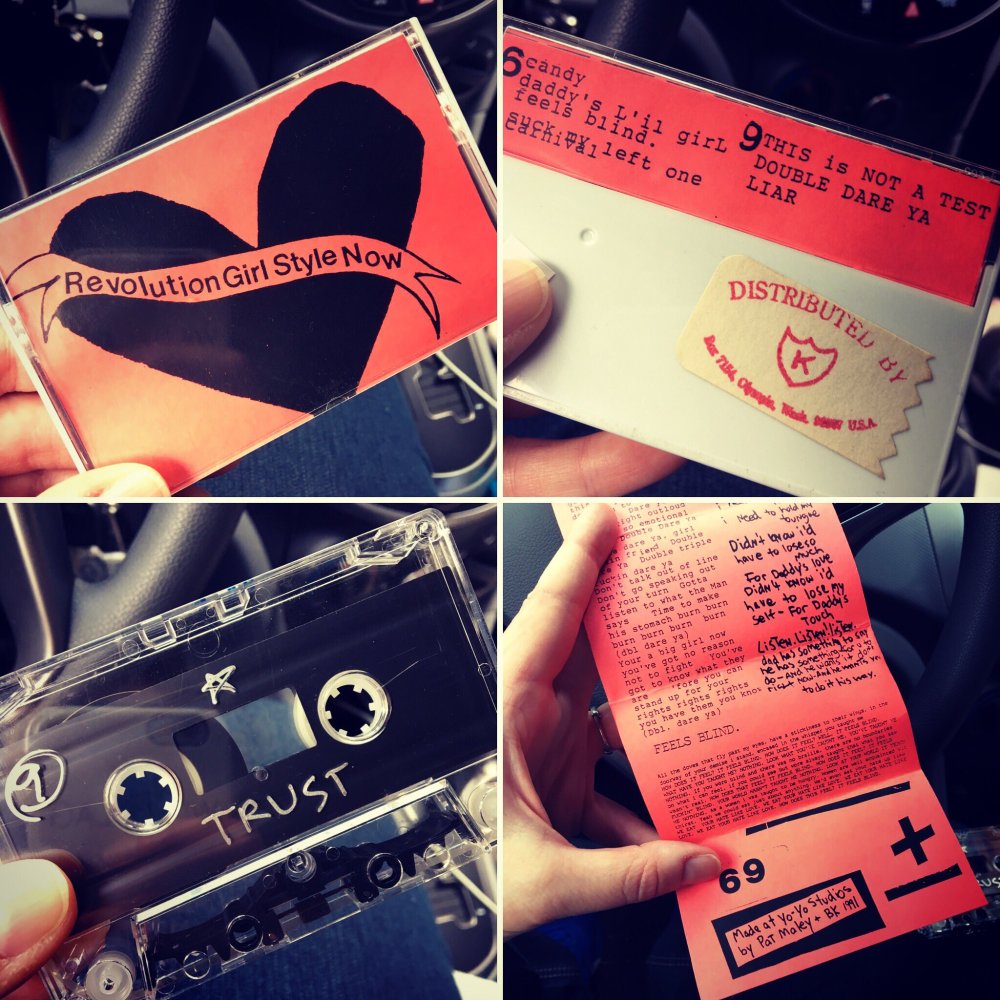 Check out my video below to see all my finds, and check back soon for the next installment in my vacation haul series. I went to so many record stores and purchased so much that I thought it would be better to break it out into a few videos. Enjoy!