Continuing my quest to find and highlight all the female record collectors out there, I interviewed my friend Robin (Girl + Records) about her collection.

Who wants to be next? Are you a woman who loves vinyl? Hit me up!

When did you get into vinyl?

I got into vinyl when my parents started buying me records at the young age of 3. I started off with Sesame Street, Cabbage Patch Kids, and Alvin and the Chipmunks. Then it turned into Cyndi Lauper, Duran Duran, and Madonna.

What was your first vinyl record, and how was it acquired? Was it a gift or did you purchase it?

It was the single for Madonna’s “Lucky Star.” My parents bought it for me. I had to be around 4 years old.

What attracts you to vinyl as a medium?

There’s a special connection with vinyl that doesn’t come across with a CD. It’s taking the record out of the sleeve, spinning it, and really listening to all of the tracks thoroughly. I’m drawn to the artwork on the cover and on the back, as well. 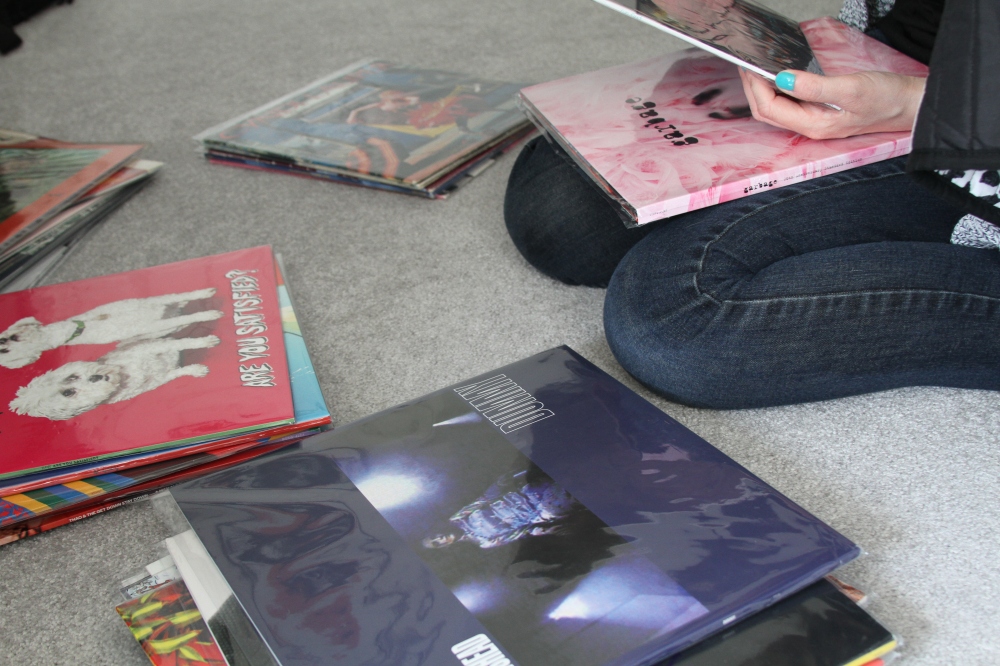 How many records do you have in your collection?

Kind of embarrassed, but these are temporary … I own two Crosleys. One is the old-fashioned brown make from Target, but I keep it because it plays cassette tapes (I cannot part with my best friends mix tapes from college). The other one is from Urban Outfitters. I plan on investing in a U-Turn, probably in the fall or winter, along with some killer speakers.

How do you store and/or display your records?

In the past, I had wire crates from Target that made it easy to flip through the albums, but they were jarring the edges of the vinyl. All of my vinyl now is in an IKEA record holder called a Kallax. I own two, since the one was overflowing with vinyl!

Where do you shop for your vinyl? Stores? Online? Yard sales?

In my early 20s, vinyl wasn’t en vogue, so most of the albums I found were from flea markets or yard sales. In my late 20s and early 30s, I would take trips to New York to visit my friend. Bleecker Street Records was one of my favorite record stores. I’d go nuts in there.

Now that I’ve been to New York so many times, I like Generation Records, as well as Rough Trade. There’s a good handful of record stores in southern NJ that are great: Innergroove, The Record Collector, Man Cave. In Philadelphia, there are Repo Records, Long in the Tooth, and Sit and Spin. I like to collect old and new.

What is your favorite record store and why?

I actually love Rough Trade. I collect a lot of new vinyl, so that’s my place to go if I’m in Brooklyn. I also love that it’s a venue, and they sell books as well.

What genres of music make up your vinyl collection?

My collection is pretty much split 50/50 between male and female artists, although I prefer female artists. I have everything from pop, rock, classic rock, rap, R&B, blues, punk, alternative, riot grrrl, etc.

What is your current favorite record on vinyl?

Cate Le Bon – “Crab Day.” I recently saw her in concert, and she was phenomenal live. Her album is good for putting a smile on your face; it’s a bit quirky, but the songs are catchy.

What is your most prized record?

The Slits – “Cut.” That album was a major influence on Kathleen Hanna and Carrie Brownstein. To own something like that is special to me. Plus, who doesn’t love Ari Up?

What white whales are you still looking for?

Mostly PJ Harvey’s earlier albums. They are extremely hard to find, anything before the “To Bring You My Love” era. Extremely expensive on ebay. I’m hoping to find “Is This Desire” at a reasonable price one of these days!

What is your favorite album cover art in your collection?

Probably the cover of Duran Duran’s “Rio,” because it’s so ’80s and fondly reminds me of the decade.

Do you have a favorite record label? If so, what is it and why?

I do like Sub Pop, but currently Hardly Art because of The Julie Ruin and Tacocat.

How do you connect with other vinyl enthusiasts?

A lot of my internet friends in college influenced my musical tastes and preferences. Without them, I wouldn’t have discovered so many great bands. I still keep in touch and meet up with them today! A lot of people I’ve met through the Sleater-Kinney fandom have similar tastes and go to a lot of shows, so I chat with them about bands/artists. One of my new best friends keeps me posted on all the upcoming bands from magazines who are touring our way. There’s so much out there, it can be hard to keep up! 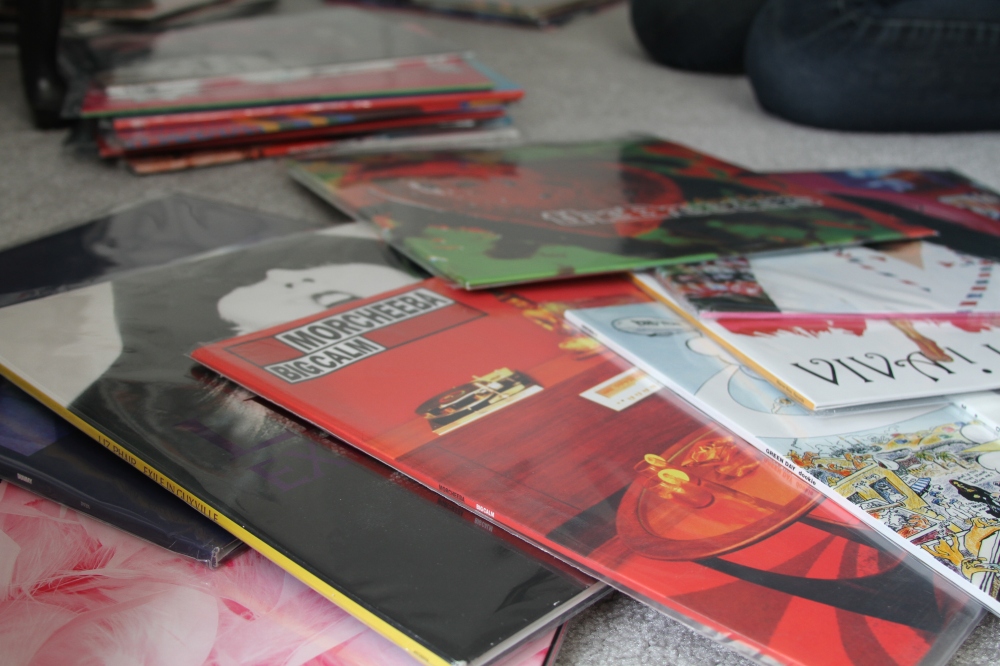 Do you know a lot of other women who collect vinyl?

To be honest, not very many. Maybe a small handful of my friends.

Do you have any advice for women or girls who are interested in starting a vinyl collection?

My advice would be to get what you like. Sure, your taste might change over time, but having music or something great to listen to is what gets you through hard times, especially during teenage years. It’s hard to articulate what you may be going through, but that’s what music does. It makes you feel less alone.